A crew of rogue traders travels through the galaxy, trading valuable goods and services in a lawless frontier. But when they stumble upon a powerful and ancient alien artifact, they find themselves embroiled in a dangerous game of politics and power struggles between rival factions vying for control of the artifact.

A war between two rival interstellar empires, fought with advanced technology and powerful weapons. But as the war drags on, the leaders of both sides begin to question the true cost of victory, and a small group of soldiers and civilians from both sides band together to try and end the conflict before it destroys everything they hold dear.

A group of human colonists struggling to survive on a hostile alien planet, while also contending with internal conflicts and external threats. But when an unknown enemy begins attacking their colony, they must race to uncover the truth behind the attacks and find a way to stop them before it’s too late.

A lone astronaut stranded on a distant planet, fighting to survive against harsh conditions and deadly alien creatures. But as he struggles to survive, he begins to uncover a deeper conspiracy involving a long-abandoned research station and a shadowy corporation with their own hidden agenda.

A team of explorers discovering ancient ruins on a far-off planet, uncovering secrets that could change the course of human history. But as they delve deeper into the ruins, they begin to realize that they may have awakened something ancient and dangerous that threatens to destroy them all.

A rebellion against an oppressive government, set in a distant space station or orbiting colony. But as the rebellion gains momentum, the leaders must grapple with difficult moral and ethical questions about the nature of power, freedom, and the true cost of their revolution.

A group of artificial intelligent androids becomes self-aware and must navigate a universe where they are treated as second-class citizens. But as they struggle for acceptance and rights, they begin to uncover a sinister plot by their human creators to use them as tools of war and oppression.

A group of travelers embarks on an epic journey across the galaxy to find a legendary planet or galaxy that holds the key to saving humanity. But as they encounter various alien races and grapple with their own personal demons, they begin to question if the legendary planet is actually a utopia or a trap.

A cyborg or genetically enhanced human fights to overcome their programming and discover their true identity. But as they dig deeper into their past, they start to realize that the people who created them may not be who they seem and their true identity is far more complex than they ever thought possible.

A story about the colonization of a new galaxy and the challenges that arise as humanity expands into the unknown. But as humanity begins to terraform and settle the new galaxy, they soon find themselves facing unforeseen challenges such as hostile alien races, political unrest, and ethical dilemmas as they try to create a new home among the stars. 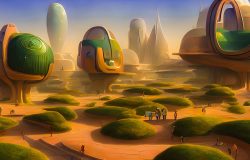 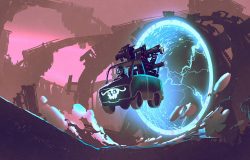