An inventive technologist launches a business that allows people to swap lives with other willing individuals.

Back in the 1920s an alien race seeking refuge landed on earth on a small island in the south pacific. For a hundred years they've managed to keep the island cloaked and secret from our human population. But their own population has exploded and they've exhausted the resources of the island. So a team of their own set out find new land.

A secret society of time travelers has come back in time to "repair" certain aspects of the future. What could go wrong?

A researcher thinks he's found the cure to Alzheimer's using small nanobots that invade the brain and repair it. However, there are unintentional side effects that have consequences.

By year 2120 bionic body part replacements have become common with many crazy variations and enhancements (wheels for feet, weaponized limbs, etc...). For diagnostic reasons, most of these body parts are tied into the manufactuer's network. But the manufacturer of all of those parts has been hacked. And the hacker, with gruesome intentions has figured out how to control those parts.

In the year 2140 children are no longer raised by their parents. Upon birth they are taken to protected colonies where they are very specifically raised to believe and act under a special accord, only returning to their parents on their 10th birthdays.

It's 2300 and humans have managed to migrate to several other solar systems within our galaxy but have yet to find intelligent life. Planet hopping intergalactic cruises have become popular. But one has just veered off course and must doc on an unfamiliar but inhabitable (and possibly already non-human inhabited) planet.

In 2019 a number of missing children mysteriously return to their parent's doorsteps. Most are in the age ranges of 10-15 but all are 2-3 years younger in appearance than they were when they left. They bring with them a message from a place no one knew existed but now everyone wants to go.

Michael is an intergalactic space traveler in the year 2093 and he's just crashed on an unfamiliar planet. What he finds appears to be a long abandoned but at one time highly populated and advanced human like society. Virtually stuck on the planet, Michael sets out in a small flying vessel stored in his larger ship to search the planet for signs of life and answers.

Years after earth is invaded by an alien species, a man living in a human prison camp thinks he's discovered the alien's weakness. After escaping the prison he organizes a rouge group of volunteers to plan a war to win back the earth.

Donald is a night walker. Every night when he goes to sleep his soul leaves his body, allowing him to roam his city undetected while he investigates crimes.

Alex is a mind reader employed by the federal government to interrogate criminals. Her latest case is a terrorist suspect. Except he's apparently not human.

A frozen Earth is discovered and inhabited by aliens centuries after an ice age has has killed off the human race. Now the aliens have found frozen humans below the surface and have start using their advanced technologies to bring them back to life in order to study them.

In the year 2120 a convoy of aggressive looking alien spaceships are spotted approaching earth, finally confirming the existence of life elsewhere. It's determined that the ships are on course to reach earth in two years. Out of extreme caution, a plan is put in place to develop a space based defense system.

When a man turns 18 years old he has a seizure. When he wakes his brain is full of a 1000 years worth of memories from past lives he's lived.

A secret society of hollow earth residents come and go as they please, never revealing the path to their vast inner world. That is until one of them falls in love with a surface dweller and takes her below.

Get Outta My Dreams!

A man sells couples a machine that gives them the ability to coexist in their dreams (and nightmares).


Is There Anybody Out There?

A man working on a new advanced form of radio communication finds someone on a wavelength where no current communication should exist, only to realize that he's talking with a person in another dimension.

A secret society of shapeshifters have developed the perfect plan for taking over the world. Each significant world leader is targeted and replaced by a shapeshifter. After each shapeshifter is confirmed to be in place, a new world order is established. With their unified missions, do these shapeshifters have good or evil intentions.

In the year 2065 the earth gets some intergalactic mail. A large, but high tech, package mysteriously arrives on the lawn of The White House. The package carries a message. We're to either follow it's instructions over the next three years or face total annihilation. 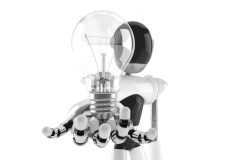 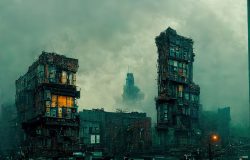 I had OpenAI ChatGPT write me a story about an A.I. Apocalypse

Great article! Thank you! It helps.

SciFiGeek
Reply to  The Madhouse Projects

I know right! Sadly, I havent seen many articles posted here within the last few months.

Thanks I needed some ideas for a project. And that helpt me a lot

Why are all the main characters examples men? This is dissapointing.

bc men are better.

Simply change him to a female character yourself if you want. These are just examples. No one is going to hold your hand and make decisions for you.