In the year 2140 man mostly lives inside of our brains in a virtual society. This not only allows us to live in a fantasy world, but also to live for a much longer perceived amount of time. Punishment for crimes committed in the virtual world include banishment to a life in the real world. Since the average virtual lifespan is 1000 years, being banned results in a much shorter perceived life. Don Simmons has just been banished for a crime he didn’t commit. His only chance to clear his name is to get back in.

In the year 2110 people have the option of selling their bodies for organ donations and having their conscience downloaded into the virtual world called The Hive.

Love in the Virtual World

A ship carrying passengers to a new planet has them all in frozen states to preserve their youth during the travel. But their brains are live and tapped into a shared virtual community. A couple falls in love with their virtual selves but meet each other for the first time in real life upon arrival only to discover that it’s not quite the same.

In the future we send prisoners to their own “personal prisons” in which a prisoner is sentenced to a pod where their brain is plugged into a virtual (and often terrifying) prison environment custom created to help ensure they pay for their crime.

In the year 2150 augmented reality has reached a level of sophistication to where many people undergo permanent surgeries to have their eyes replaced with bionic eye that help them make the world what they wish it to be. Want a nicer home? Just program your eyes to see your dirty old house as a brand new clean abode. Got an ugly old spouse? Just program your eyes to process their appearance as 20 years younger.

In the year 2180 children’s brains pre-loaded with decades worth of knowledge. This leads to rapid advancements in technology and science, but at a cost.

A man wakes up in a different body with a life that he doesn’t remember, with a family he doesn’t know, and a job he isn’t familiar with. Fortunately he does remember his previous life, but it might not have been real. Which one is real? What will he do to try and get back to his remembered life?

An artificial intelligence engineer creates a virtual world for himself full of virtual friends. The A.I. is so advanced that the individual virtual beings believe they are real and have feelings similar to fear and love. The engineer knows this and programmatically creates situations that bring anxiety to his virtual beings.

Back to Reality (A Virtual Reality Apocalypse)

In the year 2045 virtual reality is so pervasive that many people never leave their homes. Until one day a hacker infects the largest virtual reality network with a virus that deletes most of the world, forcing people to deal with reality.

In the year 2090 a young man creates his own virtual girl friend in a virtual world. When he decides to break up with her, she hacks her way out and into a physical robotic body and comes after him. 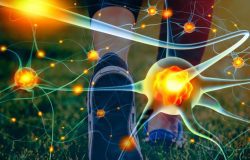