The year is 3180 something and the Space Circus is coming to town. Presley Nedsnapper is hoping it’s his chance to finally get off the earth and into the great wide open of outer space. He’s been working on his act for years and he’s sure that the circus will want him if he can just get in front of the ringmaster.

But first he’s got to get to the Circus. Only the wealthiest earthlings actually get to see the circus which typically stations itself right off of a spaceport about twenty miles above the earths surface.

Thankfully for the Presley he has a friend who works on the space elevator that can get him to the top.

Will Presley make it in front of the ringmaster? Or will a series of obstacles prevent him from showing off his awesome act before the circus leaves.

Other Earths – An Alien Cloning Story

Creating a livable environment on Mars. 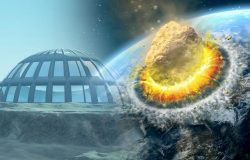 can i use this story idea