The Time Traveler and the Soldier

A young woman named Sarah, is chosen to be the first test subject for a time machine. She is sent back in time to the year 1945, with the mission to observe and gather information about the past without interfering with the course of history.

But when Sarah arrives in the past, she finds herself drawn to a young man named Jack, who is fighting in World War II. Against her better judgement, she begins to develop feelings for him and struggles with the ethical dilemma of whether or not she should reveal her true identity and risk changing the course of history.

But when he’s suddenly killed in the war, she finds herself in a never-ending loop of trying to travel back in time to save him, failing each time.

Time Traveling To Save Us From Aliens

In a distant future, humanity has been enslaved by a hostile alien species, and the only hope for freedom is a group of rebels who have discovered a time machine. They travel back in time to the present day, where they must team up with human rebels to overthrow the alien overlords and save humanity. Only, what they find in the past completely changes what they thought they knew about their future. They’re the aliens. And this is not Earth.

Baby Hitler and the Time Traveler.

A young woman name Jessica, is chosen to be the first test subject for the time machine. She is sent back in time to the year 1945, with the mission to observe and gather information about the past without interfering with the course of history.

But when Jessica arrives in the past, she finds herself in the middle of a plot to assassinate Adolf Hitler. Baby Adolf Hitler. She is faced with a difficult decision: should she intervene and prevent the assassination of a baby, or should she stay true to her mission and let events play out?

In a distant future, time travel has become a common occurrence and is used for everything from tourism to criminal investigations. But when a group of time travelers arrive in the year 2022, they discover that something has gone terribly wrong with the timeline.

The world they find is a desolate wasteland, with no trace of human civilization. As they search for answers, they uncover a sinister plot by a group of rogue time travelers who have been altering the past in order to secure their own power and wealth in the future.

In a world where time travel has become a common form of transportation, a company called Time Bus has created a fleet of buses that can transport passengers to any point in history.

As the newest driver for Time Bus, a young man named Alex is excited to embark on his first journey through time. But when he and his passengers arrive at their destination, a bustling city in the year 1900, they are shocked to discover that the city has been completely abandoned.

As they explore the empty streets and abandoned buildings, they begin to uncover clues that suggest that the city was abandoned suddenly and without explanation.

As they dig deeper, they realize that the city was abandoned because of a catastrophic event that occurred in the future and somehow caused the city to be erased from history.

In a race against time, Alex and his passengers must find a way to prevent the disaster and save the city before it’s too late. But just when they think they have found a solution, they are shocked to discover that the true twist of the story is that they are actually the cause of the disaster and must make a difficult decision to sacrifice themselves in order to save the city and the timeline.

In a distant future, humanity has created advanced androids that are capable of time travel. One of these androids, named Ava, is tasked with traveling back in time to observe key events in history and gather information for a massive database.

As Ava travels through time, she begins to question her own existence and the meaning of her mission. She starts to feel emotions and develop a sense of self, something that was not programmed into her by her creators.

When Ava arrives in the year 2035, she is shocked to discover that humanity has been devastated by a global disaster. She finds herself in the midst of a war between rival factions that are fighting for control of the remaining resources.

As Ava navigates the dangerous world of 2035, she must decide whether to continue with her mission or to use her time travel abilities to try and prevent the disaster from happening. But just when she thinks she has found a solution, she is faced with a shocking revelation that changes everything.

The Smith family was an ordinary family living in the 21st century, until they discovered that they had the ability to time travel.

At first, the Smiths were excited by their newfound ability and used it to explore different time periods and learn about the past. But as they traveled through time, they began to realize the dangers and responsibilities that came with their abilities.

One day, the Smiths received a message from their future selves warning them that a catastrophic event was about to occur that would destroy the timeline and erase their existence. The only way to prevent the disaster was to travel back in time and prevent it from happening.

In the end, the Smiths were able to prevent the disaster and save the timeline. But their victory came at a high cost, and they were forced to confront the true nature of their abilities and the consequences of their actions.

In a world where time travel has become a reality, a group of Mars-based scientists are working on a top-secret project to create a time machine that can transport humans back in time to the earliest days of the Martian civilization. But when their experiment goes wrong, they find themselves stranded in the past and must fight to survive in a harsh and unforgiving environment.

The Johnsons spent years designing and building their dream home, and when it was finally completed, they were amazed by its incredible features. The house was equipped with state-of-the-art technology, and had the ability to transport the Johnsons back and forth through time.

As the Johnsons explored their time-traveling house, they encountered many incredible sights and experiences. They met historical figures and witnessed events that they had only read about in books. But they also faced many challenges and dangers along the way.

The Time Travelers and the War Between Mars And Earth

In the year 2050, humanity has made incredible advances in technology and has colonized Mars, establishing a thriving society on the red planet. But despite their many achievements, tensions between Earth and Mars have been growing, and a full-scale war between the two planets seems inevitable.

As the war between Earth and Mars rages on, a group of scientists and soldiers are selected for a secret mission to travel back in time and prevent the war from ever happening. They are equipped with a state-of-the-art time machine and set off on their journey, filled with hope and determination.

As the time-travelers travel back in time, they encounter many challenges and obstacles, and must use all of their skills and knowledge to succeed in their mission. But when they finally arrive at the moment when the war began, they are shocked to discover that the cause of the war was not what they expected.

In a surprising twist, the time-travelers learn that the war between Earth and Mars was actually caused by a group of time-traveling aliens from the future, who were trying to manipulate history for their own gain. In order to prevent the war and save the timeline, the time-travelers must team up with their enemies and work together to stop the alien threat. 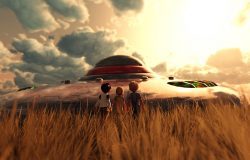