I’d like to write a new short story so I’ve started brainstorming some ideas/writing prompts. These are a few that I’ve passed on but I still like something about each of them.

The Last Ship off Earth

A family waits in line to board the last ship leaving earth at the end of a successful exodus and reflect on the world they are leaving behind.

A man subscribes to a service that promises to give him an entirely new life in a virtual world he never has to leave. But on his first day in the virtual world he realizes that it’s anything but paradise. And he can’t figure out how to leave.

On a future earth the oceans have dried up. All remaining water comes from the ground. Most life on earth has ceased to exist minus a few small walled off oasis type compounds based around wells. One of the last surviving families struggles to defend their small compound.

In a distant future humans peacefully coexist with Aliens who found exile here after leaving their own dying planet. But it’s been discovered that the alien home planet has recovered from the natural disaster that forced their leaving. One aliens job is to recruit a team to return but gets pulled into the controversy of whether humans should be able to join them in repopulating their planet.

In the not distant future a treasure seeking ocean vessel discovers what appears to be a space ship on the ocean floor. Over a few hrs they debate alerting higher authorities and eventually agree on first sending an unmanned vessel down. But once they realize what it is, they choose to try and surface the vessel.

A boy wakes up with the ability to read minds. Over the course of a week he discovered ways to take full advantage of his new abilities. But the organization who gave him this ability has just shown up to reveal the purpose of his new ability.

The captain of a ship traveling to a new planet sets about his task of waking the ship from it’s two hundred year virtual sleep as it arrives to it’s new home only to realize as he’s waking people that he’s at the wrong planet.

A scientist tests his first working invisible suit out on his own family, only to accidentally learn things about them that he probably never wanted to know.

An intergalactic soldier fighting to secure a small planet for his side of a three hundred year battle has found evidence that he might be fighting on the wrong side. And he’s created a covert plan for not only swapping sides, but also putting the war in favor of the side he’s spent his life fighting against. 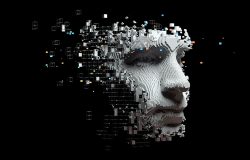