The year is 4090 something and the world has gotten a lot bigger. Earth has long been lost to an alien race from the Magnorium Quadrant. Humans have since scattered to various corners of our own galaxy.

Kip Snipsnider is a tenth generation intergalactic ship builder who’s family designed and built some of the first ships used to evacuate earth. And now he’s working on a new model with the ability to travel through space at a speed that could send us to the edges of the universe. But first, he plans to test the vessel in the Intergalactic Space Race.

The Intergalactic Space Race is a 10 light year course that weaves around a series of competing planets in the Parnassus Solar System. Kip is the current reigning champion but a newcomer is threatening his title. Will Kip’s new ship secure his spot on top? Or will his quest to build the fastest ship of all time prove to be far more dangerous than he imagined?

You may not be able to buy the real thing. But here are some great spaceship toys! 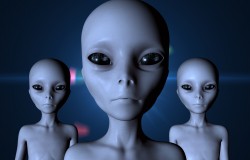