The year is 2570 something and Ben Freezerbun has been alive a very long time. Two hundred and fifty years to be exact. And this is depressing because he’s the only one left. Around 180 years prior a violent virus swept over the earth killing almost everyone. But for whatever reason, Ben not only survived; he stopped aging.

But an extra hundred years is a lot of time to do a lot of research. Humans had already mastered the basics of cloning by the time the virus hit. And Ben believes he may have finally figured out a way to rapidly create new clones from DNA he found stored in various hospital stored plasma.

His first few attempts are disastrous. But he finally gets it right and the first new human quickly assimilates. He names the new woman Lisa. But after a few weeks it becomes apparent that rapid cloning might not be a great a idea. While Lisa is for whatever reason more intelligent than a child, she still suffers from having basically skipped childhood. And her resentment for the childhood she never had only grows as her first few days go by.

Will Ben be able to calm her? Or will he be forced to make the difficult decision of possibly destroying something he worked so long to create? 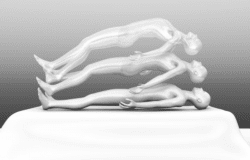 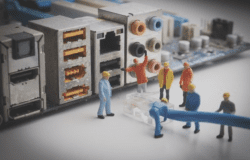 Are these meant to be prompts that writers may use?

They are! I think up most of them in about 10-15 minutes. And I have some post that are just lists of one sentence prompts also.

Excellent. Writing is easy. Ideas are hard. Perhaps I will find something useful here. Thank you!

No problem! If you use any of them I’d love to read what they turn into.

wow i love these prompts! i really like this one though! i am going to use it for writing that i have due in a few days! good job!