This is a rough draft of the first couple of pages of a short story I’m working on about a war between the moon and a subterranean base on earth, fought completely by robots.

Parker Murphy sat at the terminal in his bedroom, staring at the screen, and tapping his fingers on his desk. The light from the two monitors illuminated the windowless room. On one screen an application was plotting the movements of each android warrior, tank, and air droid currently waging war on the surface three hundred feet above. On another he watched the battle in real time from a camera mounted on an air droid.

The battles weren’t normally this close to the his base. The last one within thirty miles had to have been over a year ago. Not that it mattered much. Parker couldn’t think of anyone who’d been on the surface in over ten years. But it certainly had the guys working the entrance tunnels on edge.

“Wow look at that X19 Warrior blast those Scavenger bots!” His brother surprised him from behind.

“Why are you awake? You’re supposed to be in bed.” Parker responded.

Parker’s twelve year old brother Rider lived with him in the flat. Technically a half brother, Parker’s father had a late life fling with a waitress from the cafeteria on Level 33 and the kid was born. The waitress died in childbirth and their father passed away five years later from a massive heart attack. Rider had lived with him in their small studio flat ever since.

“I’ll give you five minutes. But I need to work and you need to go to bed.” Parker stood up. “You can have my seat for a moment. I’ve got to hit the john.”

When Parker returned to his brother had already passed out. He moved him to the nearby bed and sat back down. He desperately needed to work. A droid factory on the surface in Sector 109 had sustained minor damage in a recent attack and Parker had been developing a new protocol for the team of repair droids currently making their way to the factory. His supervisor Marty would have his hide if those droids landed at that location without a proper repair protocol.

But the battle on his screen had all of his attention. The moon colony had recently developed a new droid and in the past two months had managed to produce over three hundred of them at one of their automated factories. And they were massive. Each of their droids appeared to be fitted with multiple artillery cannons larger than any Parker had ever seen. And the long steel legs that moved the iron beasts had an unbelievably organic stride.

One of Parker’s primary assignments the past month had been new battle protocols for some of the subterranean-colony’s existing droids. The fight had been considered by several of his superiors to be a lost cause. But as he watched on the screen one his tiny exobots, looking like a small spiders with long arms, was meticulously dismantling one those fancy new moon colony droids.

A notification message popped up on his screen. He tapped an icon and a video feed of his friend Charles opened.

“Are you watching this?” Charles said, grinning ear to ear.

“You’re going to be a hero in the morning man.”

“Don’t be so modest. It’s David versus Goliath. The bosses are going to freak over this.”

“It won’t last. The defense against this protocol is easy.  They just shouldn’t have deployed these huge beasts without a way to defend against smaller bots. A simple gunner droid can take out twenty of my exobots in less than a minute. It just so happens that they sent all of their gunners to the north western mega battle.”

“That’s not the point. You got a step ahead of them. That’s all that matters. We just need to keep being creative like that.”

“Yeah well, it feels a lot like luck at the moment. But hey, I gotta get back to this repair protocol.”

“See you in the morning champ.”

Parker closed the video feed and opened a code window.

The morning came quickly. After only four hours of sleep Parker got Rider off to class and made his way down to his desk on Level 21. He’d finished the repair protocol, and just in time. His repair droids were well into their tasks when he logged into his daytime terminal.

“Hell of a battle last night.” Parker heard from behind.

“Thank you sir.” He responded, turning in his chair to find his boss Commander Rippler looming over him.

“I’ve got a new assignment for you. Top secret. Comes straight from the top.”

“You mean the bottom?” Parker joked. The talking heads in charge were all on level 231 near the bottom of the stack.

“Cute.” Rippler responded. “But you know what I mean. Come see me in my office in about thirty minutes and I’ll give you the run down.”

Parker nodded and returned his attention to his screen.

There had been one glitch in his program. A rogue gunner droid had turned on several of its own. There was only one explanation for such an occurrence. His droid had been hacked.

Most of the coders in his position would be disturbed by this revelation. But Parker knew it was an opportunity. 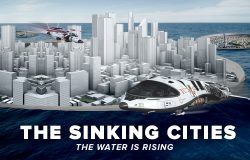